A Most Unusual Christmas

Christmas is a most delightful time of the year, full of magic, merriment, and cheer. There is no denying Christmas 2020 is set to be most peculiar, but when you ponder it, isn’t Christmas always most unusual? 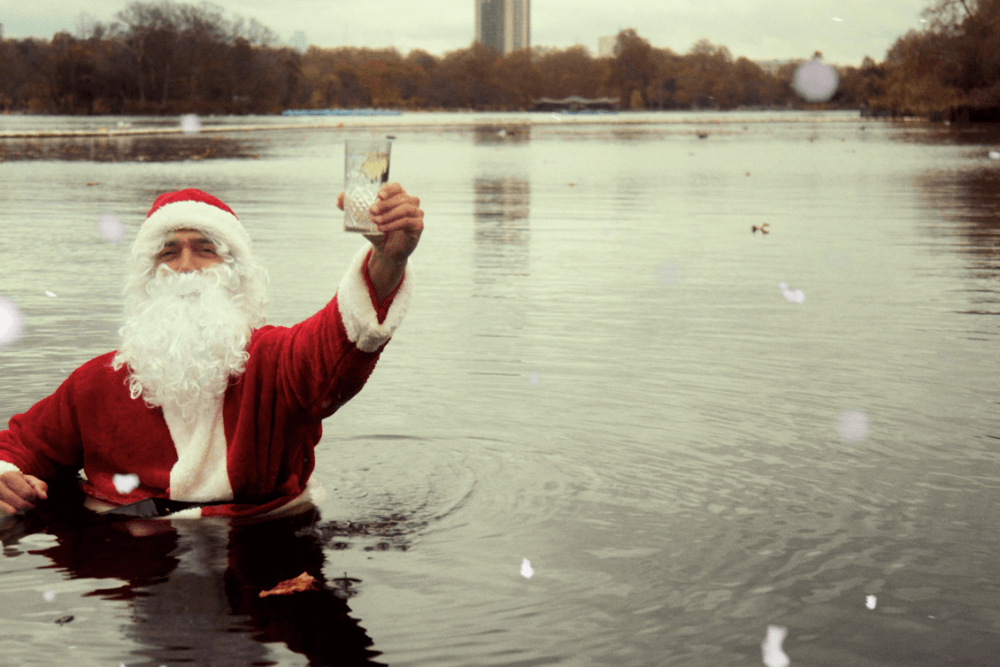 On Christmas Day we don’t actually eat turkey. We go to the supermarket and challenge to try and find a unusual meal we have never had before. So far we have had ostrich, venison and kangaroo. We once got poussin not realising it was baby chicken!! It’s been a great talking point over Christmas Day.

My Christmas tradition is to cover my tree in Christmas decorations that I've collected on travels around the world - a decoration for every country visited. It's lovely to remember all my trips while I'm putting them up, and over the past 15 years I've been lucky to put together quite a collection of tartan-clad Santas and Santa-hatted koalas.

Sometimes I'm in a country that doesn't celebrate Christmas, and I'm passing through quickly and don't have lots of time to track down an ornament. This can lead to some creative interpretations of 'Christmas decoration'. There's an assortment of keyrings, bookmarks, tiles, and even a baby's toy lion that I've stitched a loop onto. They all bring me festive joy!

A JAR TO REMEMBER

My family Christmas tradition is that during the year we have a ‘blessings’ jar (sealed) and when anything nice happens we write it down and put it in the jar then on New Years Eve we take turns at pulling one out and reading it aloud to the others! It’s lovely to remember great achievements and look back and think about them.

Makes us all so thankful for what we have!

A couple of years ago we decided on a big family Christmas dinner and bought a huge turkey. It took two of us to remove it from the oven but as we did the tin buckled. Juices splashed into the oven, which caught on fire and the turkey skidded across the kitchen floor. We ran to the oven and turned it off but the commotion alerted everyone to come running into the kitchen and hit the oil slick on the floor. In a slow motion comedy moment people started skidding, colliding with each other, arms flailing etc. After everything had calmed down the decision was made to pick up the turkey, run it under the tap, carve it and have dinner but most of the family ended up strangely not hungry!

However the unusual tradition that came out of this story is that every year the family have cheese omelettes for supper because it’s what we ended up having later that fateful day because we were all still hungry. We still have a laugh about that day every time we tuck into our omelettes!

We watch the first 4 Bond films in alphabetical order over the Christmas period, which is also the order they came out in, and try out different kinds of Martinis. Hendricks makes an excellent Dirty Martini. As indeed do I.

So the most unusual Christmas tradition in my family is that every year we have to have pot of mustard on the table. Not for the starter, and not for the main, but for dessert. We always have a lot of people over for Christmas (usually 11) and while most of us have the widely accepted toppings on our dessert; custard or cream. My granddad without fail has to have mustard on his Christmas pudding. Apparently it’s something that his father used to do and he says it brings out the flavour, I’ve never been brave enough to try it.

On Boxing day my husband and I have a cook off, the recipe is chosen by our 8 year old son, he is the judge and the winner gets to wear an inflatable crown (I won last year).

My strange Christmas tradition is about my tortoise (called Negan - yes he’s named after the walking dead).
Every year my grandma knits him a little Christmas jumper to go round his shell and then I do a photo shoot for him... a Christmas tortoise!

NEVER TOO OLD FOR DRESS UP

Our family has a long tradition of playing the 'Dressing Up' game at Christmas. The essential equipment is a well-thumbed black bag full of 'interesting' clothing items including an assortment of swimsuits, trunks, bras, large pants, hats, scarves, a full body thong with a reindeer face, shorts, nightdresses, and most importantly a string vest. The game starts when everyone, young and old, is sitting in a circle and someone plays some music as the bag is passed around. When the music stops, the person holding the bag removes and puts on an item of clothing over their own clothes. The game ends when the bag is empty. We then have a group photo so everyone can show off their attire and enjoy a good laugh. The bag of clothing treasures has just recently been handed down to the next generation upon the passing of 'Little Nan'. Unfortunately, we won't be able to play the game this year but it's sure to be a big hit at future family gatherings for many years to come.

In my family, on the Boxing Day, my mum and grandma would wake everyone up throwing unshelled walnuts at everyone to commemorate the day of St Stephen the martyr, who was stoned to death.

Each Christmas, my mother would invite a complete stranger she had met at church - someone who would otherwise be alone - to our house for Christmas dinner. This, while undoubtedly generous, elicited groans from the family, as some guests had proved less than easy, and while Mum was the sort of person who would strike up conversation with fellow passengers in trains, the rest of us were not. Various high cringe factor moments return to the mind – a foreign gentleman we all thought was a bishop, and treated as such, amazed that not once throughout the lavish meal did he say ‘thank you’ despite his vocation – we later found that Bishop was actually his first name. A charming African lady, who, at Dad’s request, gave us a sample of her own native language.

Dad remarked on the frequent recurrence of particular sounds, and strung a few together into an invented word, asking whether it meant anything in her language. The lady was overcome with embarrassment and hid her face, laughing uncontrollably, before admitting that it was too rude a word for her to explain.

Most memorable was Willy, a tiny Yorkshireman whom we soon discovered fancied himself as an orator. He ate massively without ever ceasing his endless stream of patter – any attempts to arrest the flow were in vain. When he finally left our faces were grey with exhaustion.

Oh, those dinners – so awful, and yet, looking back, so enriching, and so typical of dear Mum.

At my house, we don't have an angel or a star at the top of our tree. We have the Christmas bunny. He is a small white knitted rabbit who is attached to the tree using a hair band round his belly. We dress him up all fancy for the big day; he wears a hot pink skirt over the top. This once belonged to a Barbie of mine, but is now his festive outfit. He is the centre of Christmas and any tree without a bunny on top never looks quite right!

My family has an unusual Christmas Tradition. Every year, my dad climbs onto the roof, cracks out his saxophone, and plays Christmas carols for the neighbours. Whether they enjoy our tradition or not, my dad has never seemed to care! Oh, holy night... ??

I’ve been single, and live alone, for the last 8 years. Eighth Christmas coming up. For the last seven I’ve cooked my own Christmas meal which, of course, includes Brussels sprouts. I love Brussels sprouts. I cook a very large pot of them, and, during the course of Christmas Day, I eat them all. However, the consumption of approximately one kilo of sprouts is a significant reason why I live alone! Same procedure this year.

HAVE A GRAPE NEW YEAR

My partner and I are Spanish, and as for Britons, our festive season revolves around the table. Our Christmas period lasts until 6th of January, and in the meantime, we celebrate one of the most odd traditions regarding food.

On New Years Eve, we all gather in front of our TV or Town Halls with a bowl of 12 grapes, and we all do the countdown for the New Year eating one grape at a time with the last 12 seconds of the previous year. It is said that eating the 12 grapes before the new year kicks in leads to a year of prosperity. However, the reality is that we all look like hamsters chewing and trying not to choke, and by grape number 5, it’s difficult not to laugh when you look at each other!

If the tradition wasn’t odd enough, we also wear red underwear that must have been given by somebody else, and to add an extra of luck to the year, we often put a gold charm (like a ring or bracelet) in the glass of Cava (our own champagne) we use to give a toast.

We’ve been living here for the past 5 years, and still, we keep buying our grapes and doing the whole parafernalia streaming the Spanish countdown, but since there’s one hour difference with Spain, we celebrate the New Year twice every time!

Click here to gift a bottle of Hendrick's Gin this Christmas. 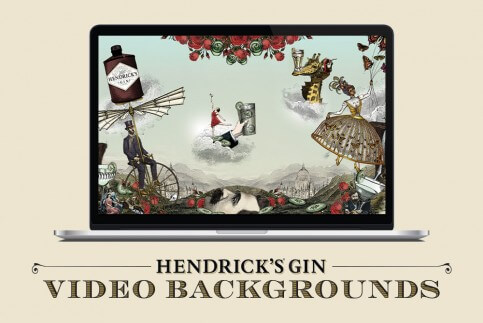 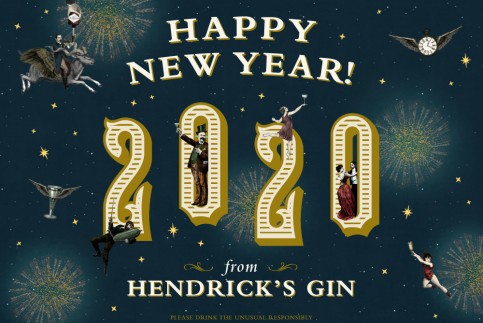 Read Time: LESS THAN A MINUTE