A Grand History of HENDRICK’S Gin

We share over 13 billion years of history that culminate in today’s HENDRICK’S Gin. Prepare for adventure as we grab a cucumber, leap into our time machine! 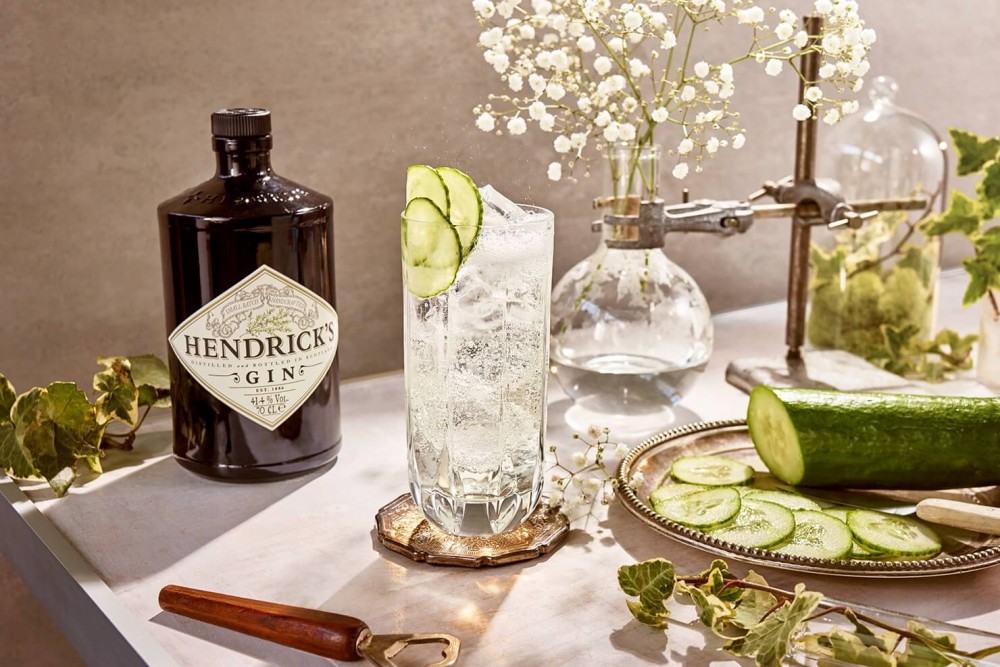 13.8 BILLION YEARS AGO
The universe is born in a massive bang. It will remain ginless for some time.

4.5 BILLION YEARS AGO
The planet Earth is formed – a vital step in the development of HENDRICK’S Gin.

3,000 YEARS AGO (IN INDIA)
This is the earliest we can trace the cucumber back to. It later appears in the Epic of Gilgamesh, a poem from ancient Mesopotamia.

11th CENTURY
In the beautiful rolling hills of Salerno in southern Italy, Benedictine monks experimented with a drink distilled with juniper. Little did they know they had begun a story that would change the course of both human and cucumber history. Over hundreds of years, this incredible juniper spirit would find its way to Scotland.

13th CENTURY
In this hot little century, huge advances were made – but vertical windmills, spectacles and mechanical clocks were but mere footnotes to the progress of gin. The earliest known written reference to what was then known as ‘jenever’ appears in the encyclopaedic work Der Naturen Bloeme by the Flemish poet Jacob van Maerlant, based near Bruges. 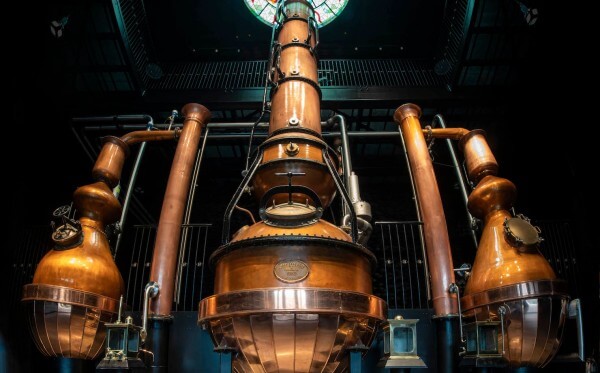 In 1860 the great English writer Charles Dickens released the first part of his famous novel Great Expectations. Meanwhile, coppersmiths in LONDON made our BENNETT STILL. Although very few Bennett stills were ever produced, the handful that were GAINED A REPUTATION for yielding a spirit that is PARTICULARLY ROBUST and FLAVOURFUL.

1886 – THE FAMILY BUSINESS COMMENCES
Mr. William Grant, with his seven sons and two daughters, builds the family distillery in Scotland.

1948 – OUR CARTER-HEAD STILL IS BEGOTTEN
John Dore & Co design and manufacture HENDRICK’S ’ Carter-Head Still.  With a vapour-driven flavour basket atop a quite-long neck, the Carter-Head engenders a remarkably subtle, fresh and delicate spirit. Despite its fabulousness, the Carter-Head still has become quite rare. Only a few are known to exist today.

1966 – A RANDOM ACT OF ODD DESTINY
On somewhat of a whim, Mr. Charles Gordon, Great Grandson of Mr. William Grant, purchases at auction two unusual stills: one, a phenomenally rare Carter-Head – the other a dusty 19th-century Bennett. It will be a full 33 years before he actually determines precisely what to do with these peculiar contraptions).

1988 – THE PURSUIT IS LAUNCHED
Mr. Charles Gordon enlists Ms. Lesley Gracie in his eccentric quest to invent an elixir with these two entirely different and very antique stills. Although many interesting distillates are generated, none are deemed up to snuff. Captivated by the possibilities of using two odd stills to create one unusual spirit, they soldier on with their efforts.

1999 – TRIUMPH OF THE UNUSUAL
Finally, Mr. Gordon and Ms. Gracie achieve “a peculiar sort of deliciousness” by firing up BOTH the Carter-Head and Bennett Stills with an odd symphony of botanicals further enlivened with curious infusions of cucumber and rose. Against all odds, they concoct the odd perfection that becomes known as HENDRICK’S Gin.

2013
Our Master Distiller Ms.Gracie and HENDRICK’S  Head of Special Operations Mr. David Piper stay with a nomadic tribe in the Amazon rainforest. The grand expedition searches for new botanicals. 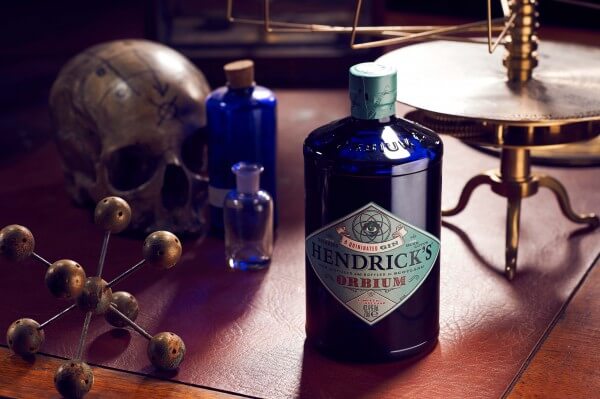 HENDRICK’S  Orbium Gin – a reimagining of HENDRICK’S  GIN by our Master Distiller, Lesley Gracie – is launched. Instilled with additional extracts of Quinine, Wormwood and Blue Lotus Blossom, the result is an oddly exquisite gin that sits roundly on the palate. It was (and is) ALMOST CERTAINLY not for everyone. Orbium contains the same distillates as HENDRICK’S GIN. However, the same remarkable mind that broke conventions by infusing gin with essences of cucumber and rose has now taken gin in an altogether new direction by infusing flavours traditionally associated with classic gin libations; quinine found in tonic (Gin & Tonic) and wormwood found in Vermouth (Martini Cocktail)…there is actually even more special elements to its story. 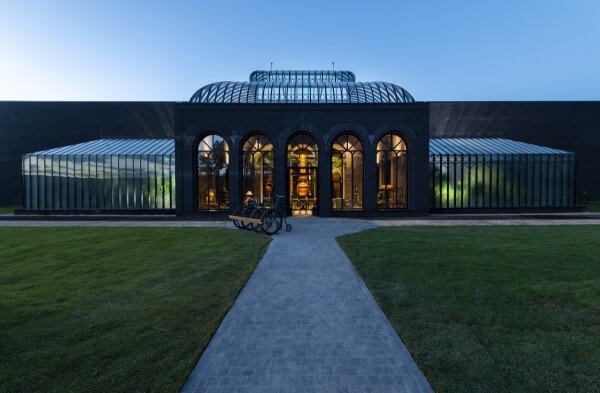 2019- THE CABINET OF CURIOSITIES
Lesley Gracie’s Cabinet of Curiosities is founded. This is a special place where she experiments and creates new varietals of HENDRICK’S Gin. 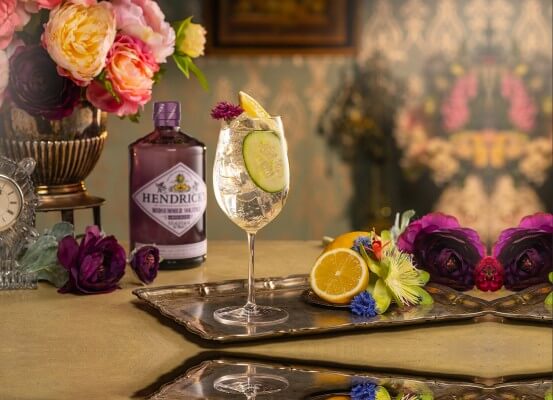 The Cabinet of Curiosities reveals its first creation, HENDRICK’S MIDSUMMER SOLSTICE GIN inspired by the magic botanical events of the midsummer solstice.

2020
The Cabinet of Curiosities revealed three new marvellous additions to the HENDRICK’S universe! 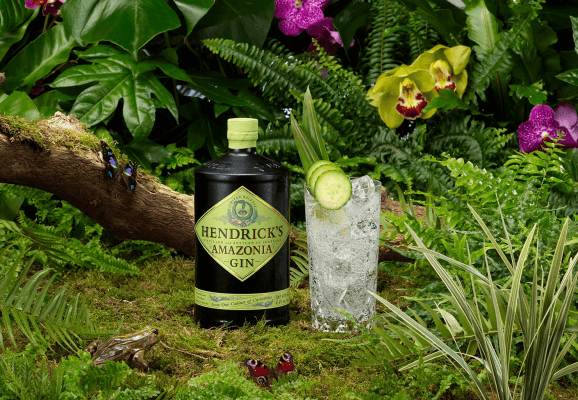 HENDRICK’S  LUNAR GIN is launched into orbit. HENDRICK’S LUNAR is a delightfully smooth gin that is rich with night-blooming floral essence, offering a delicate balance of warm baked spices, and finished with a crisp burst of citrus. LUNAR is best enjoyed during casual nights at home, and is a curious companion for sundowners and starry nights with friends.

2098
First HENDRICK’S & Tonic is enjoyed in another dimension.

Yours in gin, love and the usual unusual, 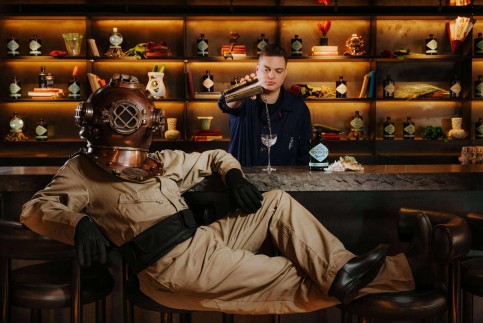 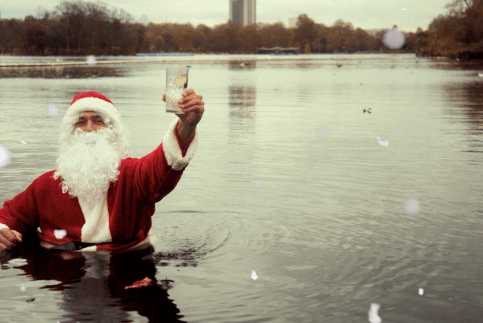 A Most Unusual Christmas