Try a Halloween treat: the haunting Hendrick's Witching Hour! A delicious easy gin Halloween cocktail to make at home, in the crypt or at your next ghoulish gathering. 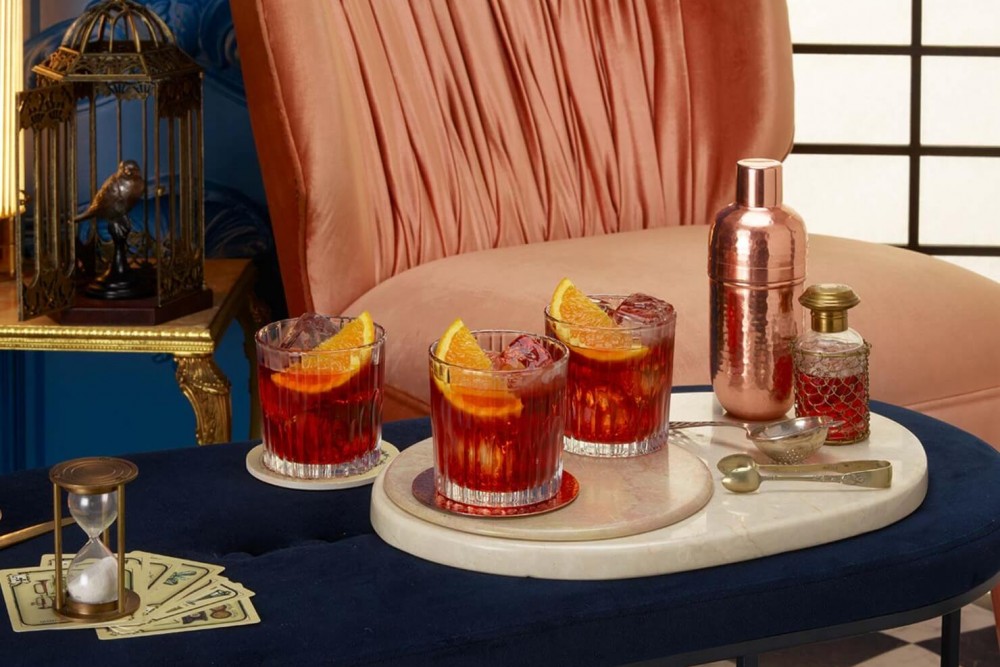 Are you (and the faceless ghoul hovering behind you) sitting comfortably? Halloween is nothing to be afraid of. Despite the screeching witches cavorting above you, the vast hordes of flesh-eating zombies lurking in the woods – and the sea of blood gushing from your bathroom tap – it will all be fine. As we have said, there is no need to be afraid. That shadow you just saw from the corner of your eye was a ghost, but it probably means you no harm. Now you (and the blank-eyed doppelganger version of you staring at you from outside the window) can ponder the most alarming aspect of this most ghastly of nights: how do we make Halloween cocktails easy? The undead guests are arriving soon, the drinking skulls are clean and ready to fill – but what to serve them?

Combine all of these ingredients in a mixing glass and double strain into a flute (or more macabre drinking vessel). Garnish with a blackberry. Top with Sparkling Wine.

So now that we have our easy Halloween cocktails sorted out, it’s time to learn a little more about the kinds of supernatural entities we may wish to avoid during the witching hour with this, our Hendrick’s Unusual Guide to Supernatural Monsters & Ghoulies.

A cukeshee is a cucumber-shaped spirit in Hendrish folklore who heralds the end of a bottle of Hendrick’s, usually by wailing, shrieking or leaving a polite note by the kettle. The scream is a warning that there will be an imminent running out of gin in the household. It is said that each household has its own cukeshee.

In ghostlore, a numptygeist is a type of ghost or spirit that is responsible for physical disturbances, such as silly noises and objects being moved to the wrong cupboard or put away in a slightly annoying manner. Most claims about numptygeists show them as capable of the movement of forks into the plate section of the dishwasher, and of putting plastic in the wrong recycling bin. Though not a threat, they are the most irritating of all supernatural entities. The only way to banish them is to put a really passive aggressive note on the fridge.

The Moany Negroni — a badly made Negroni cocktail is said to moan with disapproval. To avoid this critical spirit being summoned, we recommend strict adherence to our Unusual Negroni recipe Unusual Negroni

A Beastly Bestiary of Phantasmagorical Animals

When mythical animals are written about, it is almost always the spectacular, ferocious or fabulous that receive all the attention. To redress this, we offer you an introduction to some of the more modest members of the mythological kingdom.

The Gueyrab is the least fantastical of all mythical animals. It has the body and head of a medium-sized horse and the mind of a nervous receptionist.

According to fishermen on the Nurendian Coast, the Hueroglam is as tall and wide as a grand piano. It is covered with brilliant green feathers and has six sets of antlers – each larger than the former. Despite its appearance, it is described by eyewitnesses as being ‘a bit needy’.

The Great Banurendian Scoranther is as deadly as it is beautiful. This harmless ugly animal can be found on Sunday afternoons complaining about the lack of authentic French restaurants. The only way to kill a Scoranther is to give him a riddle he cannot answer; he isn’t very good at riddles and is thus an endangered species.

Herandacles Bizstarterkit is the only human to have legally registered himself as a mythical animal. In 1998, government inspectors went to visit him to ask for proof that he didn’t exist. On producing the necessary documentation, he was officially declared a mythical beast. Mr Bizstarterkit is currently guarding a huge hoard of gold and jewels in his lair.

We have assembled an exquisite inventory of remarkable drinks recipes to enliven your cocktail moments and help you celebrate the most mysterious of seasons. Simply click here relish the growing nights. 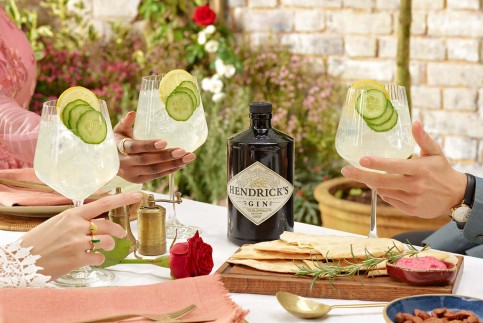 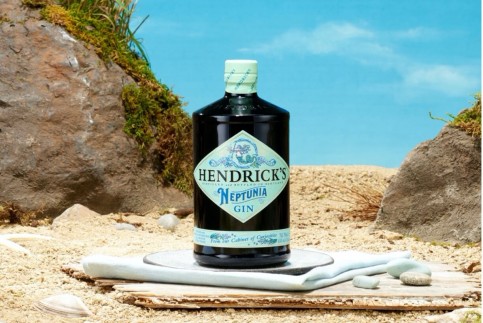