The Great Battle of the Summer Cocktail: which is the best

Summer is here and we are faced with the delicious dilemma of which summer cocktail to choose. With no regard for impartiality and every desire to share our personal favourites, we offer a controversial answer to this impossible question. 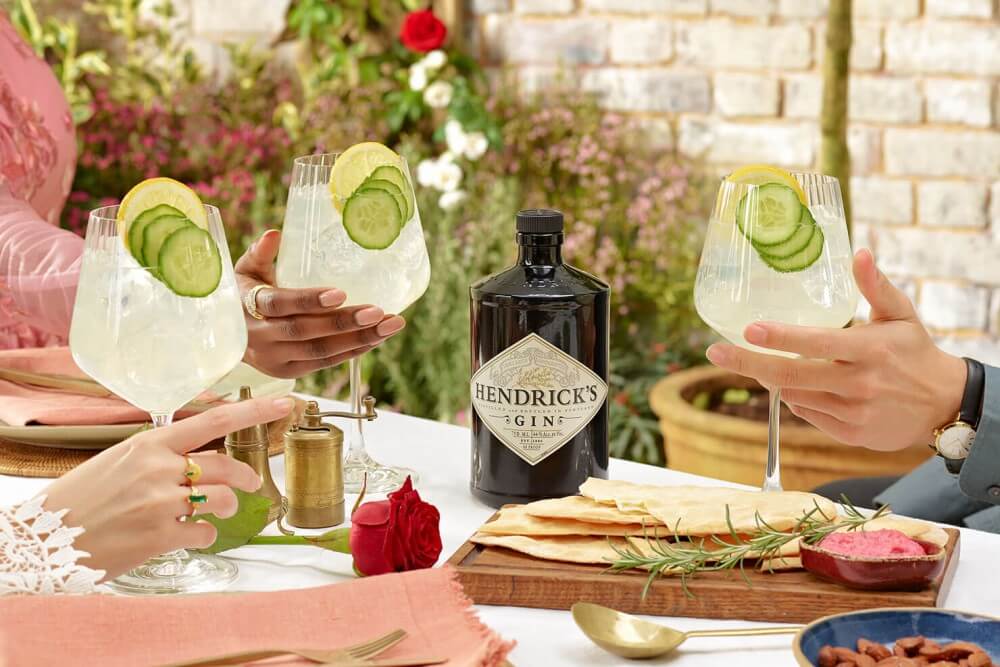 As you lie in the sunshine, cocktail in hand, you have time to ponder. You start by asking yourself ‘What is summer?’. Clearly, this is the time of year when the sun is closest to the Earth. This stands to reason…but it is not true. Earth is closest to the sun every year in early January, which is in winter for the Northern Hemisphere (we are based in Scotland). It is, in fact, all about the tilt. ‘Summer’ is the time your part of the globe is leaning in toward the sun, and winter is when it is leaning away. This fundamental point considered we can move to an issue of greater import: what is the best summer cocktail? The sophisticated may curl their lips at such a question – it is, after all, a subjective thing… isn’t it? Well yes, but isn’t everything? Before we get too distracted by the philosophical, let’s open a bottle of Hendrick’s Gin and get some answers! We know you demand some scientific rigour to this pressing matter so let us take the time to present the case for (and against) each of the top summer cocktails recipes. 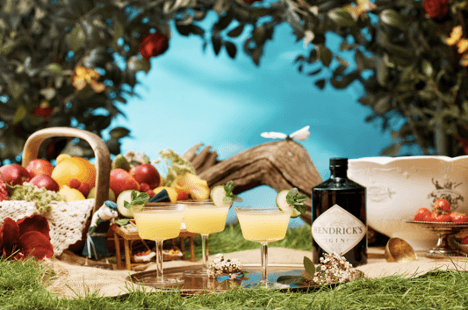 The case for Summer Punch

The sublime complexity of Hendrick’s Gin combined with playful elderflower cordial and the wonder of nature’s bountiful fruits makes this the quintessential summer cocktail. A refreshing summer cocktail indeed.

The exclusion of vegetables is terrible! No potatoes or carrots are included in most examples of Summer Punch, nor have we ever seen an aubergine anywhere near our punch jug! Mint haters will desist the optional sprig of the detestable herb. 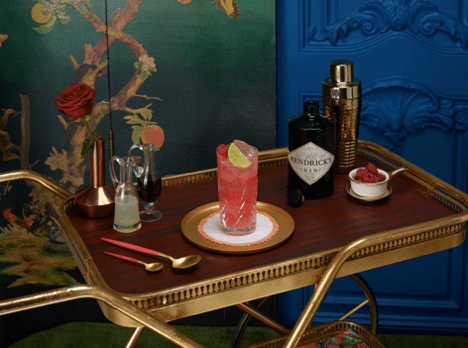 The case for the Floradora

The fun! The colour! The joy of the raspberry and the frisson of fizz! The irresistible flavour.

The Floradora’s bright pink colour may attract the attention of passing balloonists. These snooping pests will demand to join the garden party and their parked balloons may damage the raspberry bushes. 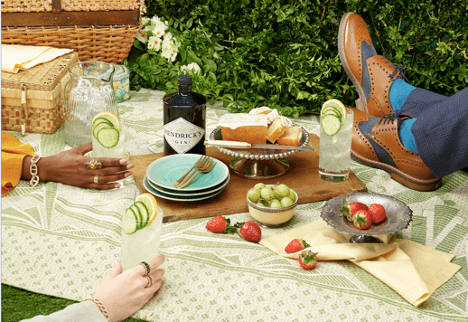 The case for the Cucumber Lemonade

Cucumber Lemonade is perfect for independent thinkers who crave refreshment and aren’t afraid of the unconventional.

We are informed – though not sure we believe – that some people do not like the crisp, pure taste of cucumber. If such unlikely individuals actually prove to exist, then they may object to this jade elixir*.

*DISCLAIMER: Cucumber Lemonade will not transmute base metals into gold, though may (in certain situations) transmute a picnic into an excellent picnic. 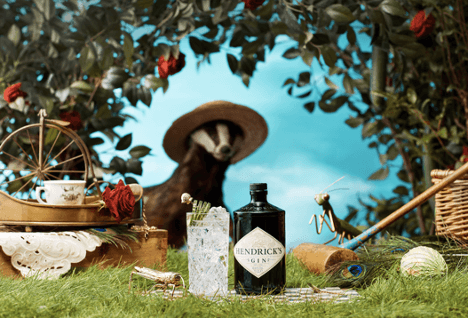 The case for the Hendrick’s Gin & Tonic

The Hendrick’s Gin & Tonic needs no defense. It is the empress supreme of all cocktails, the maker of summer and eternal friend to the cucumber.

It could be argued that the Hendrick’s Gin & Tonics are too wonderful and do not give rarer easy summer cocktails their spot in the sun. 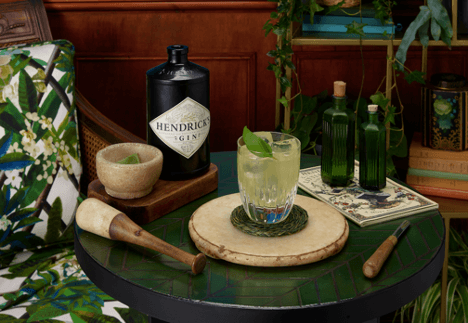 The case for the Gin Basil Smash 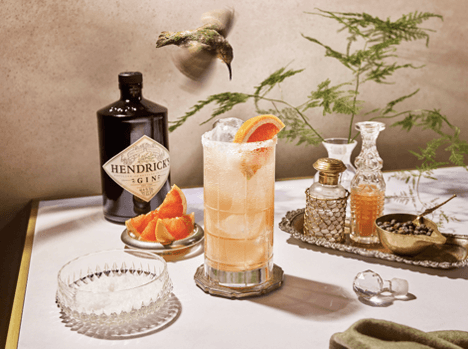 The case for the Salty Dog

The wickedly naughty SALTY DOG, with a tease of salt and endlessly seductive pink grapefruit, is a seriously simple and tantalisingly tempting summer cocktail.

Against: Cannot fetch a ball like an actual dog

Only a coward would diplomatically suggest they were all equal! Only one of our summer gin cocktails can be the winner. After much contemplation, soul searching and delightful cocktail-testing in the most beautiful of locations – all in and around Girvan in Scotland – we conclude that our choice for the easy Summer cocktail is Summer Punch. It is an absolute delight and captures the carefree essence of a summer day in a magnificently playful manner. Our panel scored it highly for its suitability to garden soirees and picnics, and it was awarded a high score for how easily it can be customised by the inclusion of different fruits.

But we must note: Our panel of friends and picnickers were not all in agreement on this. Things got a little heated during one picnic cocktail debate and a trifle was thrown in anger (Hendrick’s Gin does not condone the throwing of food in any situation other than the traditional Hurling of the Cucumber). With this in mind, we politely suggest you do not discuss this hot subject in the garden or the park during the Summer months.

We are more than happy to be proved wrong – it was a heartbreaking and impossible task to not put the Gin Basil Smash or Hendrick’s Gin & Tonic in the number 1 slot. Or indeed the incredible Floradora or the indispensable Salty Dog. Clearly, Cucumber Lemonade is in a class of its own and must be judged as the winner of its own category. The Hendrick’s Gin & Tonic, though fabulous on a scorching summer day, was judged to be an ‘all-year round’ cocktail and thus ruled out despite universal appreciation of this superbly refreshing cocktail. This opinion was not held by all the judges, with one calling the rest “utter nincompoops” for not acknowledging the Hendrick’s Gin & Tonic as the king of the summer cocktail. Perhaps it is time for us to retreat from such a contentious topic…after all the weather is looking good, the hamper is packed, and a waggy-tailed Labrador is waiting for a walk.

Let’s stretch out in the sun, with our own refreshing gin cocktail of choice. To be honest you cannot lose with any of these exquisite marvels. Our selection of refreshing summer cocktails are sure to delight and amaze. 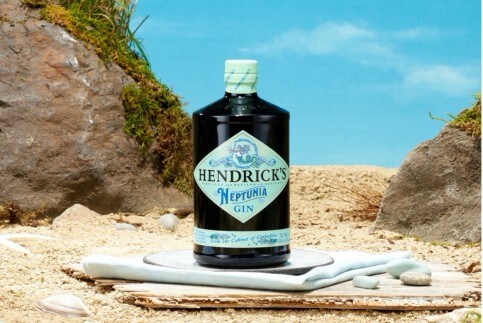 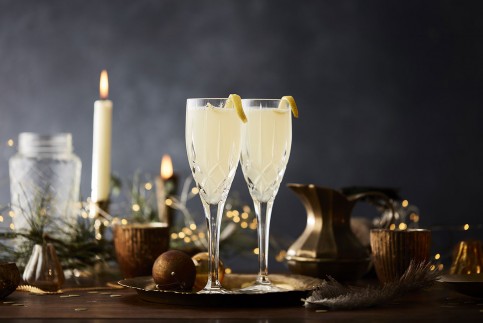 Absurdly FestiveChristmas Gin Cocktails & How to talk about snow in Scots